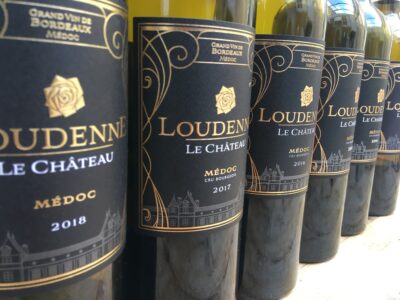 Château Loudenne, in St Yzan-de-Médoc, has a colourful history that goes back 350 years. It is one of the oldest Cru Bourgeois estates in the Médoc. The heyday of the property was undoubtedly the period that coincided with the ownership of the British wine merchants Walter and Alfred Gilbey and the belle époque days in the late 19th century. Much more recently, after a change of ownership in 2000 [when drinks giant Diageo sold the property to the Lafragette family], Chinese spirits company Moutai purchased Loudenne in 2013 [now co-owned with Camus, the Cognac house since 2016]. I think it is fair to say that between the late 1990s and 2013 there had been very little investment in the property. Since the sale seven years ago, however, there has been steady investment in the vineyards and the improvement in the quality of the wines is marked. That said, the 2009, made under the old regime, is no slouch.

Of the 132 hectares that comprise the estate, 62 hectares are planted with vines, 48 hectares to reds [50% Cabernet Sauvignon, 46% Merlot, 2% Cabernet Franc and 2% newly planted Petit Verdot] and 14 hectares to whites [75% Sauvignon Blanc and 25% Sémillon]. The property has an enviable position on two small hills beside the Gironde estuary, 6 km north of St Estèphe. “The terroir is a mixture of gravel and clay,” explains Philippe de Poyferré. “It is the same as in St Estèphe, not that dissimilar to the terroir of Château Montrose, or perhaps Château Sociando-Mallet.” Indeed, to my palate the reds at Château Loudenne have something of the style and quality of the Haut-Médoc properties nearby in St Seurin de Cadourne, like Château Charmail or even  as de Poyferré suggests Château Sociando Mallet, or properties in northern St Estèphe itself, such as Château Le Boscq.

Over the next few years Philippe de Poyferré is looking to make improvements in the chais, further modernising the cellars to enable greater plot-by-plot vinifications. So far the investment has focused mainly on the vineyard, with a replanting programme replacing roughly 3 hectares a year, removing very old, dying vines. The property is also now in its second year of conversion to organic practices, with the 2022 vintage earmarked to be first certified organic. This work in the vineyard is paying off, and the reds show lots of structure, fruit and style and the wines are remarkably homogeneous across the vintages. While this consistency is mostly down to the terroir, and the proximity to the Gironde [Loudenne is on the river which is over 5 kilometres wide at this point], clearly more attention is being paid now in the vineyard and in the cellar under the new ownership. 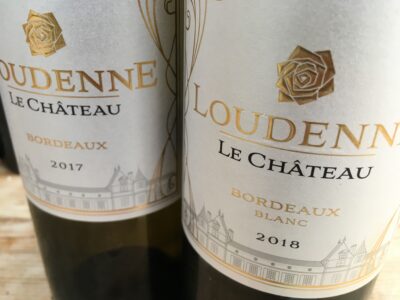 Château Loudenne makes quite serious volumes of white wine. It was the first property in the Médoc to make white in the 1880s under the Gilbeys, well before they started making Bordeaux Blanc down at Château Margaux. Currently Loudenne produces 20,000-25,000 bottles a year. These are racy, lively whites with real salinity. The 2017 is very good.